Keith Burgun, an independent game designer, has today released a podcast episode with Soren Johnson.
They obviously talk about Old World in it, and Keith recommends the game to every civ player.

You can find the podcast here and discuss it in our forum here. 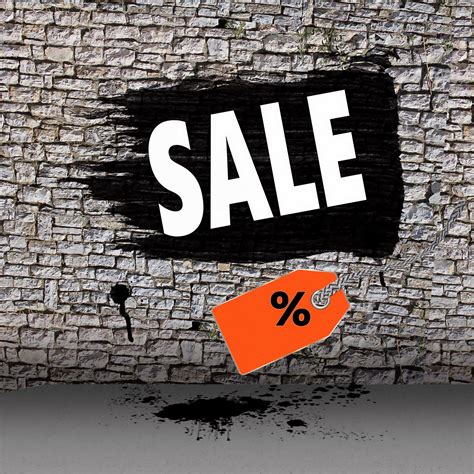 Currently some of the Civ titles are again on Sale! For Civ3 and Civ4 the Complete editions are for sale, for Civ6 only the Platinum and Anthology edition, as well as both addons. 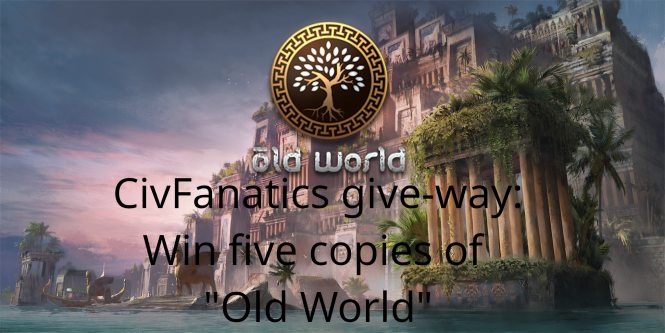 A while ago we got an offer from Soren Johnson from Mohawk Games and Tim Bender from Hooded Horse: You can have 5 key for Old World to distribute among the community. So we ran a small competition, to see what civs the community likes best.

We selected one entry as being the best among all, and this prize goes to Deggial, for his very personal entry:<br/>

“I have only visited a limited assortment of „old world civs“ in my life: Etrusc, Rome, Mycenae, Greece and Egypt.
All of their antiquity site are awesome!

Egypt, however, granted me one of the most impressive experiences in my life:
On my Egypt trip, we had one excess day all of a sudden. We decided to visit one of the lesser frequented sites, the Bent Pyramid in Dahshur. As only a few tourists visit this place, our group was the only one at this time.
It is (was?) possible to enter this pyramid and we climbed down into its central chamber. This was fascinating in itself.
But when we left, I stayed just a little bit longer, finally being alone down there.
The silence.
The smell of stone.
The feeling of weight of thousands of tons of stone and the centuries passed.
I will never forget this moment in my life and I am incredible thankful I was able to experience it.

The prize for the best joke entry goes to Dadais, for this very special entry:

“Let’s go for the coriosolites.

Influenced by the celtic culture they are part of, they hold deep respect for their druid Getafix and great tolerance towards their bard Cacofonix.

While agricultural activities are common to most celtic tribes, the coriosolites are rather opposite to these vegan hobbies, having Unhygienix fishing at sea (or so he says…) and its hunters, their best beeing Asterisk, Obelisk and Dogmatix, hunting for wild boars.

Various sources are implying the coriosolites displayed an invicible weapon, yet couldn’t agree on its nature. Superstitious ones talked about a magic potion, while pragmatics figured a “Lambig” liquid gifted to its hostiles neighbors. Few also found trace of a revered name in these neighbors literacy : “Panacea, whom no soldier could harm”, which arouse strong doubts about their pacifist reputation.

The story of this civilisation is narrated in many books, and their feat is the most incredible :
Their ruler Impedimenta (and her spokesman Vitalstatistix) resisted again and again against Ceasar’s imperial rule !”

The winners of the random draw are 8housesofelixir, cairnsy44 and Das Capitolin. Congratulations to all the winners :).

Congratulate all the winners in the respective thread here.

Old World is currently available in the Epic Store, and will be availabe from May 19 also at GOG and Steam. 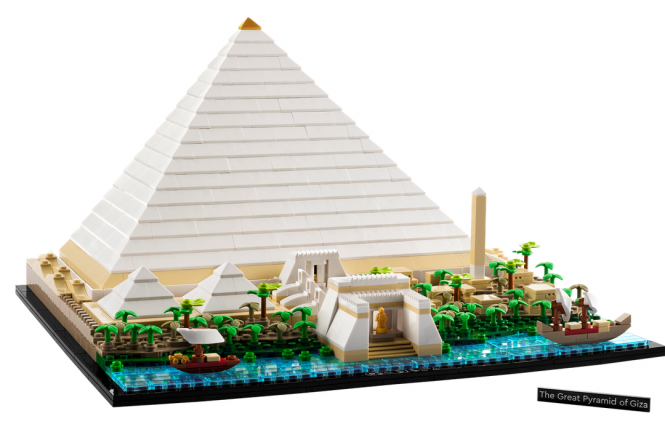 Relevant for all of us wonder builders: LEGO will release a new set in their architecture line – The Great Pyramid of Giza on June 1. This set contains 1476 pieces, is aimed at an adult audience, and costs 139.99€. Link: https://www.lego.com/product/great-pyramid-of-giza-21058

Discuss civ and LEGO in our forum here: https://forums.civfanatics.com/threads/new-lego-set-great-pyramid-of-giza.676800/ 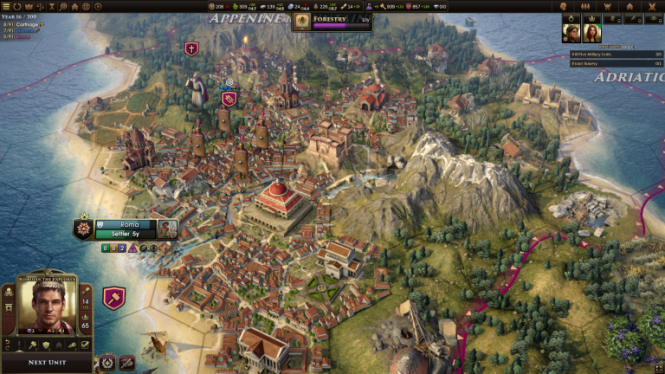 Mohawk Games, the developers of Old World, have released the latest update for their game. This update includes mostly changes in the balancing and UI changes. For all details please visit our thread here.

Old World is currently available in the Epic Store, but will be released on GOG and Steam on May 19.

The Strong Museum, or the National Museum of Play features the World Video Game Hall Of Fame (among other gaming related items), where the most important video games are honoured.
The Hall of Fame itself is rather new, and this year 4 new games have been inducted, making it a grand total of 9 so far. Multiple media outlet, e.g. CNN, have reported that Sid Meier’s Civilization has been added this year. As one of the most groundbreaking video games series ever, it certainly deserves to be in there, and certainly also deserves to be one of the first ones.

An excerpt from the Civilization entry:
“Civilization exemplifies the “4X” sub-genre of turn-based strategy games. Though the term “4X” wasn’t coined until a 1993 review of Master of Orion, Sid Meier’s game serves as the archetype for games focused on eXploring, eXpanding, eXploiting, and eXterminating. The game begins with players in control of a single settler unit, and from there they may colonize surrounding areas, building cities, roads, mines, and farms. Players control every aspect of the city and its people, including what types of knowledge to explore, allowing them the unique opportunity to literally reinvent the wheel. New technology often leads to new units or building improvements, such as chariots following the wheel, thus giving the first player to achieve these upgrades a large tactical advantage. This “technology tree” offers huge variances in play style, as only one type of improvement can be researched at a time, forcing players to weigh the risks and benefits of choosing one technology over another. Throughout the game, players also have the opportunity to interact with real world leaders, including Ramses the Great, Tokugawa Ieyasu, and Mohandas Gandhi. The game is won either when one player conquers the entire world, or when a player successfully develops space travel and reaches the Alpha Centuri star system.”

Read the full press release here, and discuss the Hall of Fame entry for Civ in our forum here. 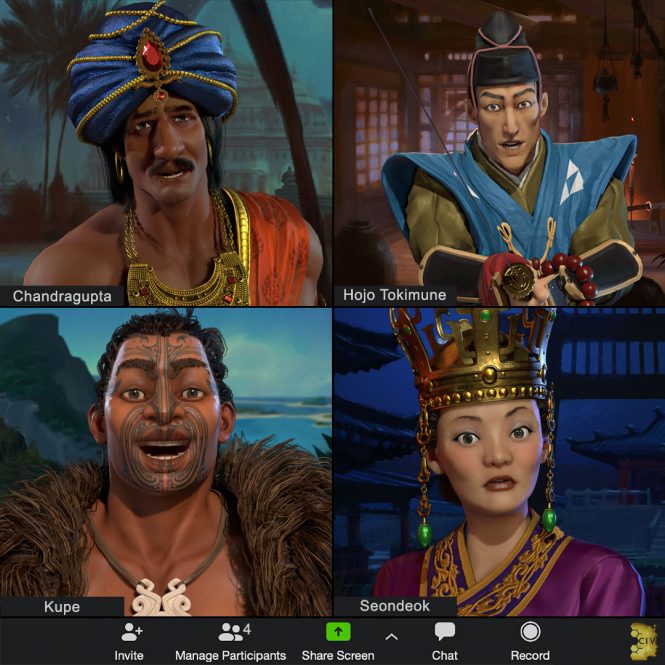 Firaxis celebrates the “Asian American and Pacific Islander Heritage Month”!
They offer a give-away of a Civ6 anthology copy (5 in total)!
To enter the give-away, you need to use one of the backgrounds of the Asian and Pacific Islander nations from Civ, provided on the official website here https://civilization.com/news/entries/civilization-celebrates-aapi-heritage-month/ for a screenshot, and post it in the official Twitter thread here https://twitter.com/CivGame/status/1524086875400466432 .
Since this is a celebration for the immigrants of this regions to America, you can only participate if you’re yourself in the USA (sadly). The give-away runs until May 31.

Discuss this give-away and post your pictures also in our forum thread here https://forums.civfanatics.com/threads/firaxis-civ6-anthology-give-away-aapi-history-month.676760/

LadiesGamers, a gaming website run for and by women, has published yesterday an interview with Leyla and Soren Johnson about Mohawk Games‘ latest project, Old World.

They talk about the history of Mohawk Games, the inspirations which Soren and the others took for Old World, the change in visual style from the early versions, and the game mechanics which make Old World unique and interesting.

“Old World has a tech tree where new technologies are researched as science is accumulated each turn. However, the tech tree is randomised. How and why did you decide to go that route with the Tech Tree?
4X games and technology trees have a long tradition going back to the original Civilization I. But there is a significant downside in that players discover Golden Paths; the fastest way to get to Gunpowder is to research these ten specific techs in order. Thus, mixing up the player’s options by limiting them to a choice of four techs at a time (which are then reshuffled through a deck of tech cards).
This means that there is no predictable Golden Path. That each research decision becomes more impactful because choosing to research Forestry means you are also choosing not to research Steel until it comes back through the discard and draw piles to your hand.”

Read the full interview here, and discuss it in our forum here.